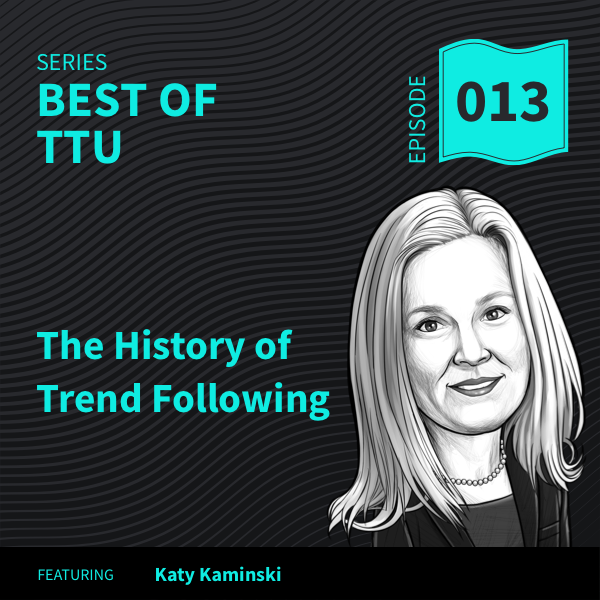 Best of TTU - The History of Trend Following

The concept of Trend Following has been around for a long time, but it wasn’t until a few years back, that the Bible on Trend Following was written by Kathryn Kaminski and Alex Greyserman.  Today, I am delighted to share some of the interesting lessons, insights, and key things that Kathryn Kaminski took away from the long road to publishing this book. I hope you enjoy reading this!

if you would like to listen to the full conversation, just go to Top Traders Unplugged Episode 41 and Episode 42.

Examples of Trend Following from 800 Years of Historical Data

Katy:  I think if I go back, for just a second, this concept of Trend Following is something that has been passed on throughout the ages. I think we start our book by saying find a trend and follow it, is a common adage that has been passed on throughout the centuries. This is quite, sort of, one of the points that we begin the book with, is that people have been using and following the curve, following the crowd for as long as anybody ever has imagined. Essentially trend following is simply following a trend that you may see. If you look across history, this particular approach, if done the right way, can actually be very stable over time. That's what we see in the beginning of the book, is there's an 800 year analysis. Granted that any of these analysis are not empirically hardcore research, but they give us some perspective on, "wait a minute, is this something that I could have done throughout the ages?" I think if you take that, and you think about what trend following is about: trend following is about following something that looks like it's going up and cutting your losses when you think it's not. It's very simple. Granted the way that we do it today is much more sophisticated, and much more systematic and sophisticated, but the concept is really simple.

Niels:  Sure. I think that, in a sense, that's quite interesting to me because I think sometimes managers over complicate the message of trend following because they want to sound like that what they do is really sophisticated, but in reality it's not that hard.

Katy:  Definitely not. I think I spent a lot of my research time thinking about stop loss, and why do people use stopping rules, for example? There's a lot of behavioral reasons for this, and trend following is exactly the same. You create some systematic rules to help you control your behavior - to help you make decisions. So for something like stop loss, as an example, we use a stop loss because we know that we may not be able to get ourselves to stop the loss without making the decision a priority. Trend following strategies, and the concept of trend following is about creating a simple set of rules - a simple heuristic for how do you actually profit from moves - up or down? If they exist, how do you handle them? So when we started our book, actually, one of the interesting graphs... the first graph that we have is actually performance of the S&P 500 for the last twenty odd years, and then performance of trend following. If you just look at that graph, there clearly are trends. Long trends that exist in history and different markets. So if we have that approach, there may be some ways to develop heuristics to help us to handle the ups and the downs over time.

What if I was the type of person that just said: if I see things that are going up in the last 12 months, I buy.  If I see things are going down, I sell.  Modern day Trend Following is much more complicated, but the concepts are the same.

Katy:  Well I think in the beginning... the beginning of our books starts with an 800 years analysis. That data... you have to think of it as an abstraction. Imagine that 200 years ago that you're sitting there, looking at prices for rice, or lean hogs, there's clearly maybe dealers that are selling these particular prices, so you have to abstract that the historical record that we have of those prices represents an aggregate view of how those markets behaved over history. If you see it that way, then you take this abstraction with the idea that, "what if I was the type of person that just said, if I see things that are going up in the last 12 months, I buy. If I see things are going down, I sell if I can." Do that simple thought analysis, not complicated rules, but basically just looking at history - 12 months buy, or sell. You do that over history, equal weighted, and then we examine how that performs, and the performance is relatively stable. Intuitive to me was what you see with modern day trend following, but modern day trend following is obviously much more sophisticated, but the concept is exactly the same.

Niels:  Yeah. I think also you.. am I right in saying that you found, actually, some quotes from some, I don't know what it was, was it a politician or something like that who actually used words that I think we use now-a-days in describing trend following?

Katy:  Yes. This quote is from David Ricardo, who was a legendary political economist, and this is sourced from a book called The Great Metropolis, in 1838. He said, "cut short your losses, and let your profits run on."

Niels:  Sure, fantastic. Now, before we go into the next topic, as such, I want to stay with the theme of history, but in a broader context. We talked about the history of trend following, but I think it's fair to say that trend following, perhaps you could say, is built upon three things: data which relates to history, then there's some science, and then there's the art. Talk to me about what you think about these three building blocks when you hear them?

Katy:  Well I think that this is an important concept because in our book we focused on all three: history, science, and art. I think you of the things that often we academics tend to forget is that history is very important, because history provides, and sort of shapes how we perceive things and it builds contextual relevance. It gives us contextual relevance for what we do. So we started with history in the book well knowing that historical analysis is fraught with issues, but we thought that it was important to tell that story. On the other hand, we also focused a lot on how do you create a science, a structure around the art... which then turns into art? So I think our book, in some sense, is much more about the science, and then we give details in terms of how art can be added to it. So I would say that the science of trend following is understanding how to build the system; what properties are important in building that system; what statistical properties to expect of the strategy; how to understand how to combine different components of a trend following system; and I'd say that the art is actually in the application. So if you imagine any sort of trading strategy or any hedge fund strategy in general. The science is simply how they construct their process, but the art is what makes one manager different from another. 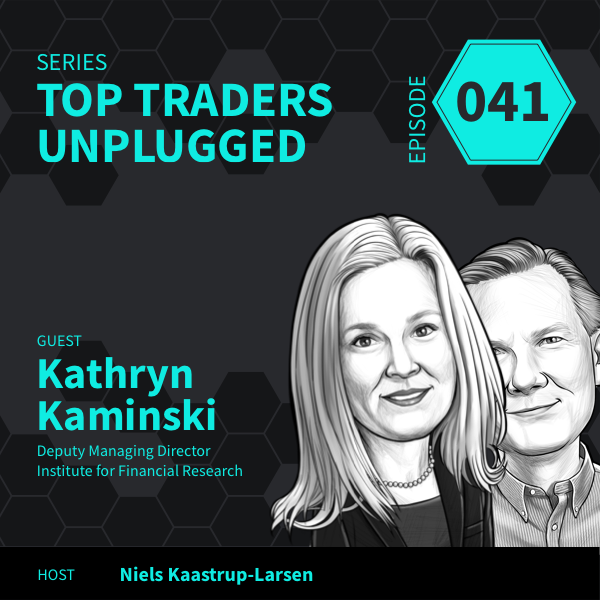 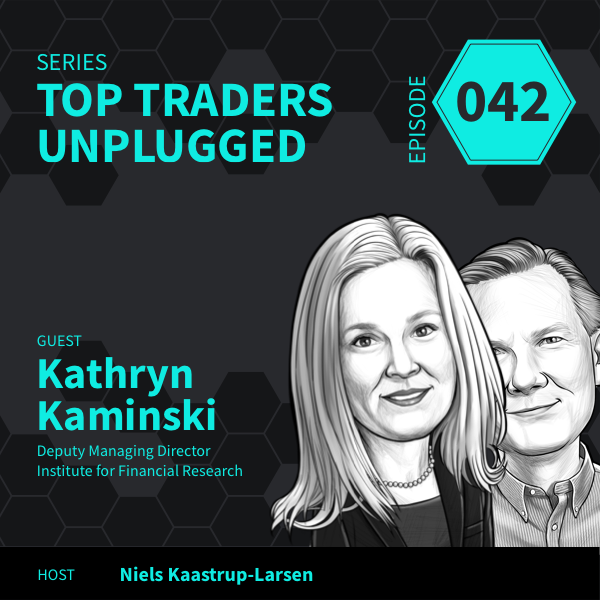