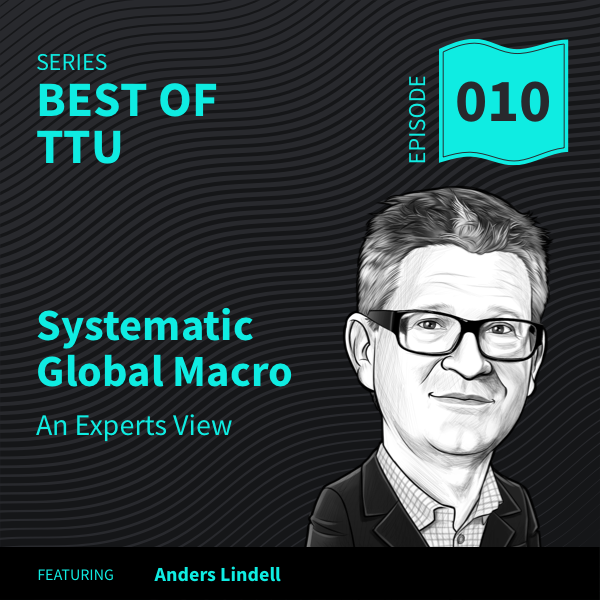 A while back I had a very memorable time talking with Anders Lindell, discussing many trading related topics. There was one part in particular that I want to share where Anders shared his understanding on US institutions and how they deal with asset allocation and position sizing. If you would like to find out then read on!

If you would like to listen to the full conversation just go to Top Traders Unplugged Episode 23 and Episode 24.

Niels: Now before we jump into the first topic more specifically to IPM, I want to ask you... you mentioned the traditional 60/40 bond stock, or stock bond, depending on whether you were European or whether you were a US institution - they seem to have a little bit of a different asset allocation, as far as I remember.

The world has changed in the last 10, 20, 30 years of course, and I just wonder, from a really big picture point of view, how do you see them dealing with this asset allocation, not from what you do, but from what they do and how they may interact with firms like you. Are they becoming more open, so it's not just 48/52 that they changed to or whatever it might be, are they starting to take bolder decisions in their own asset allocation?

Anders:  There's a whole range of answers to that. I think, generally, the answer will be yes, on sort of a global basis.

In Europe, finding a long term institution having a hedge fund allocation exceeding 3%, 4%, 5% would be unusual.

I think if you look at US institutional investors; they probably come further than their European counterparts in allocating very significant parts of the risk budgets to folks like ourselves, and generally hedge funds. Whereas, in Europe, finding a long term institution having a hedge fund allocation exceeding 3%, 4%, 5% would be unusual. Finding the same in the US would be the norm, being north about even up to 10%, 15% that would be the norm.

But then you have, obviously, various examples. If you look at your own native country and the big pension fund there, ATP they instituted, I believe about 10 years ago, a radically different asset allocation structure from the traditional, where they basically, and you can correct me if I'm wrong here, but basically what they do is they sort of equal weight their risk budget across 10, 15 different asset classes ranging from infrastructure to traditional markets.

So people are doing a large number of different things, but I think the general observation holds true that North Americans, generally speaking, are much more into seeking alternative sources and allocating significant parts of the risk budget to those alternative sources of returns, than Europeans are. Obviously this also has something to do with the state, generally, of the pension systems.

If you look at US pensions, corporate and state, they are generally underfunded to a very large degree - 60%, 70% funding ratio, whereas most European countries that have funded pension systems, would have significantly higher funding ratios. Many of them actually 100% or better. So this obviously changes your long term strategic allocation.

Yes, you have to match liabilities, but if you are underfunded, and if you are running something at 70% funding ratio, than you better seek methods to make up for the shortfall pretty quickly.

Another major point that I want to mention is a time horizon or investment horizon. People may trade in or out, or create trends and prices may deviate, you know that's noise of the shorter time spans. We're trying to step back and avoid that by explicitly trading and holding positions a longer period of time

Niels:  A couple of things that come to mind when you say that. In one sense, it actually is a great injustice, not just to your strategy, but to many strategies. (The injustice) you could say, is for investors to look at these things on a monthly basis and kind of judge you based on what you did last month. Because what you're really saying is that part of the success is having the ability to take a much longer view and not be concerned about an adverse move, over the next few week because you know it's going to work out, maybe over the next few months.

But I also wanted to ask you about position sizing, is that the secret sauce do you think, meaning that a lot of the themes that you end up in, and I imagine a lot of the strategies and positions you end up in would be somewhat similar to other global macro managers. But I do note that you've done quite well compared to your peers, and do you think position sizing is part of the success, that you simply manage the risk differently maybe?

Anders:  Yeah, I think there are several parts to it and several moving parts here. But what I tend to say to clients that want to evaluate what it is that we are doing, 9 out of 10 clients, for good measure I'll throw in the consulting community here too, they are spending way too much time focusing on what we refer to as those risk factors. They want to know them all, and they're looking at purchasing power parity and they want to understand how exactly we built that particular factor while noting that, academically speaking, PPP has a mean reversion time of 50 years - clearly not investable.

And they're spending all of their time trying to understand, do you have the right alpha sources? Are they advanced enough? Are they sophisticated? Do they differ from your competition? And, you know, that guy over there, they also have PPP factors. Well yeah, those alpha sources risk factors, yes they're important, obviously they're very important, but risk and portfolio construction respectively contribute to the same degree to defining the results.

Risk and portfolio construction respectively contribute to the same degree to defining the results.

Anders:  Yeah, that's an interesting observation. In other ways of looking at it is to say that the volatility that we get, and certainly some of the drawdowns that we and everyone else gets, they are the price you have to pay because you don't have obviously perfect insight. In our specific case, we believe that we have the right positions but the timing, we don't really know when the markets are going to start moving back to sort of a longer term equilibrium. So we have a problem of timing, and that's when we seem to say we start building positions, we increase positions as the opportunity increases to a degree, and meanwhile we're not happy, but we prepare to take the losses to build our position and we are happy to take, or we have to accept the associated volatility, because again we don't know where the market is going to turn. 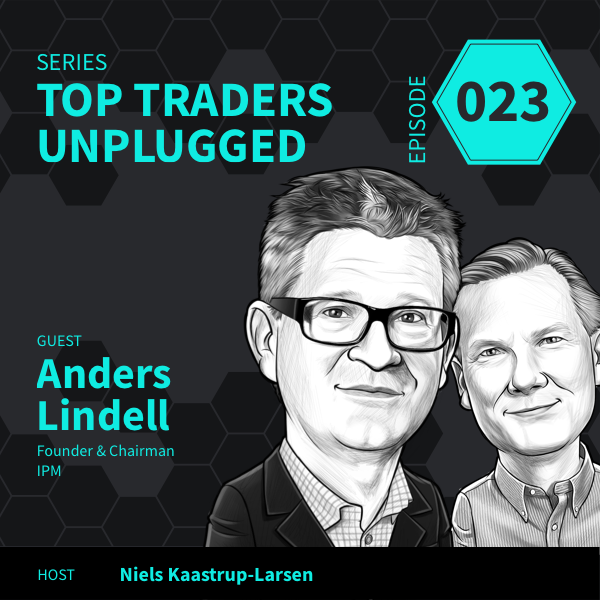 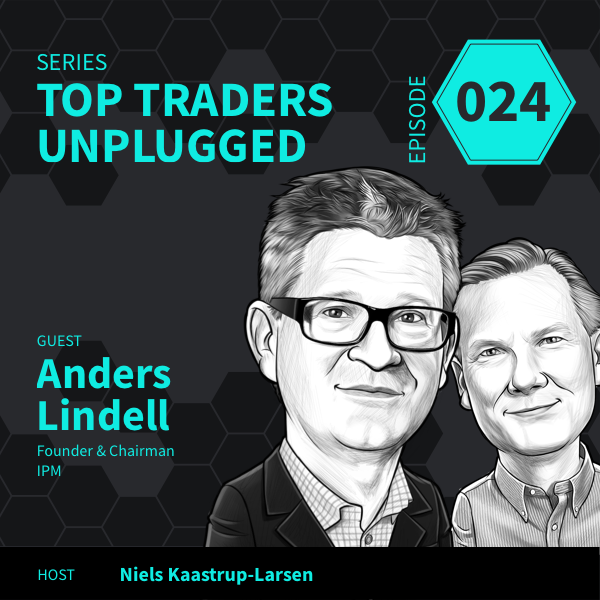