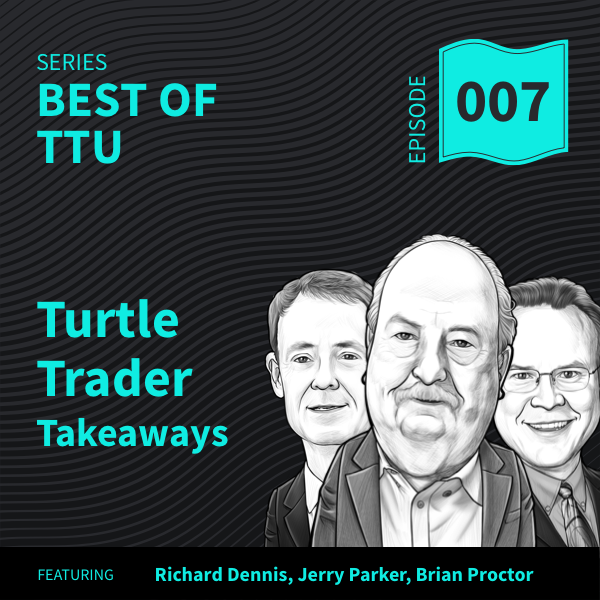 It’s not often you get to sit down with a Turtle, let alone the father of the Turtle Experiment, and when I do I find it fascinating learning about the different experiences and outcomes that emerged from what really can be boiled down to 2 to 3 weeks of training in how to use trading rules to make money in the markets. What was truly unique about the conversation I want to share a few key takeaways from today, is that Richard Dennis was joined by two of his Turtles, namely Jerry Parker and Brian Proctor, where they shared some of their personal impressions from their time together…things that has not really ever been discussed publicly. We even discussed their research in to “counter-trend” models…not something you would think the Turtles would spend time on…and of course just having Richard Dennis share his wisdom was huge.

Niels:  Brian and Jerry, what are the key takeaways from the whole Turtle experience when you think back on those years?

Jerry:  Hmmm, the takeaways? I think I learned a lot and it was just a magical time. Those were four great years. I had no expectation of future business. I think we all would have been incredibly happy to continue managing money for Rich for the rest of our lives and that would have been a good idea.

…is proper trading a real business?

I think that some of the other guys that we competed against at other CTAs, in my opinion, probably did not have nearly the training and support that we had and yet they have large businesses. A lot of these guys went out together and worked together so I think that was maybe an opportunity that we missed - most of us going out on our own. So I really wish, in some kind of crazy way, that we had the best training, the best experience, the best four years that anyone could ever hope for, but I don't know that I personally...

I went to a good business school, even though it doesn't really look like it. Maybe part of my problem was that... I suggested a question for Rich because I've asked this question many times to myself (maybe it's a bad question) but, is proper trading a real business? To some degree, I've tried to trade properly and not pay attention to clients as much as maybe I should have and not vol targeted and not taken profits and not made it a better experience. I think to some degree that was one of the Turtle characteristics that clients and others are going to lead you down the bad path so stick with your system. Stick with what you believe to be true, but maybe a little more compromise would have made me have a larger business.

What about you, Brian?

Brian:  I would say that the most important concepts and things that always resonated with me were that you just have to have really strict risk management, don't overtrade, take lots of losing trades, don't get out of your winning trades until the trend is confirmed that it's over.

I think risk management was rule/key concept number one. Then, concept number two was: keep looking at new systems, blending different values together, different timeframes, to see if you can come up with something better than you already have. So, we've invested a lot of money in our research infrastructure, and we're always searching for the next best, great systems. I think those were the two concepts that I took away from the Turtle program were system development and risk management.

Niels:  Now, just going back to you, Rich. I can imagine you telling Jerry and Brian and all the other Turtles, "Trade small, follow the system, do the hard thing, do the right thing, and innovate and so on." What if you were to teach a Turtle Program today, would you teach them the same thing or is there anything different to what you would teach them in 2017?

Richard:  Well, I wouldn't teach the same thing and, to tell you the truth, I don't know exactly what I would teach because it's just harder to do objectively now. Maybe it will get easy again, but people have asked me that question, and I don't have a good answer for them. I don't even know if it would work again, to tell you the truth. These exogenous variables that have kind of truncated trends - they're a problem. There's no doubt about it.

Niels:  As we come to the end of our conversation I wanted to ask all of you if you would like to bring up anything with each other? Perhaps you, Jerry and Brian, would have a question for your mentor and vice versa, is there anything that you, Rich, would like to ask Brian and Jerry (so I'm not the only one asking all the questions today)?

Brian:  I would ask Rich: I had heard that you had developed several counter trend trading models, maybe 10, 15 years ago. I just was curious if you found anything in that realm that has worked and that you continue to use?

You probably still believe that the trend is your friend when really the rules are your guardian angel.

Richard:  I would say almost nothing, you might find something that works, but it would trade so infrequently that I'm not sure it's worth the effort to track it. I had a thought, and it was a decent system, but it almost never happened. It basically was simple, if the price of anything got down to 10N, then you should buy it because that was so out of wack that you could take a counter trend position, but that might happen two or three times a year - not enough.Page Break

Brian:  On the other end, say something is so overvalued that it would be a sell?

Richard:  Ah, you're never going to get away with that. (laughter).

I think, was it John Maynard Keynes who said, "The market can stay irrational longer than you can stay solvent."

Niels:  What about you, Rich? What about a question for two of your Turtles?

Richard:  Well, let me make a comment. I really don't have a question, and it will be, like most of my thoughts, simplicity itself. You probably still believe that the trend is your friend when really the rules are your guardian angel. I'm not sure which one I would rank as the first, most important principle. I think it's pretty much a dead heat. 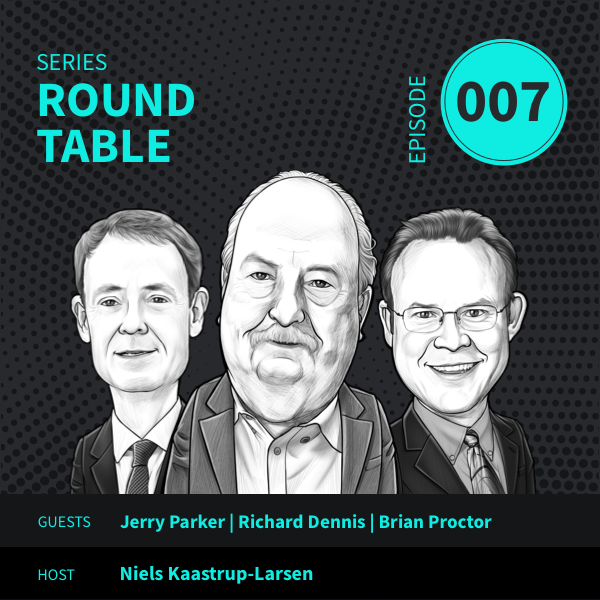 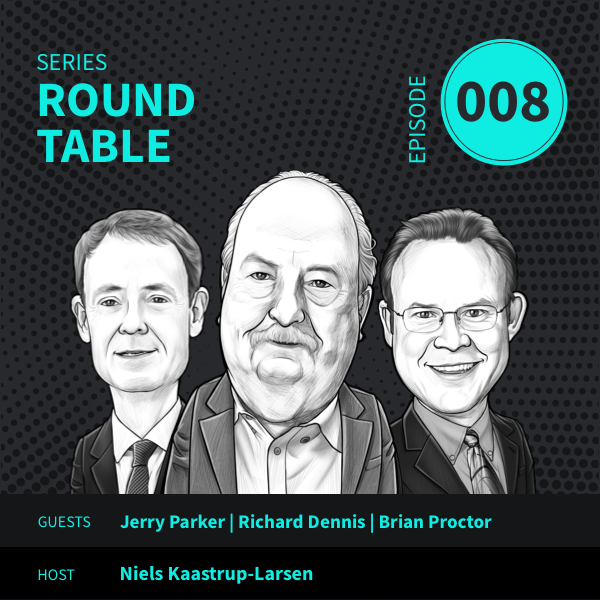